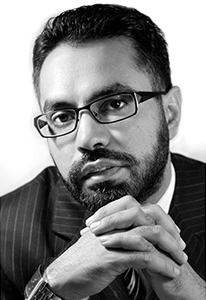 Asad has over 16 years of experience in the finance and accounting field. His experience includes extensive work and specialization with Medical Professionals, Small to Medium Business owners, and Non for Profit Organizations.

Sufism is less a doctrine or a belief system than an experience and way of life. It is a tradition of enlightenment that carries the essential truth forward through time. Tradition, however, must be conceived in a vital and dynamic sense. Its expression must not remain limited to the religious and cultural forms of the past. The truth of Sufism requires reformulation and fresh expression in every age.

Reformulation does not mean that Sufism will compromise its challenge to a stubbornly materialistic society. It is and will remain a critic of “worldliness” — by which it is meant everything that causes us to be forgetful of the Divine reality. It is and must be a way out of the labyrinth of a secular, commercial culture. Most importantly, however, it is an invitation to meaningfulness and well-being.

Sufism, as we know it, developed within the cultural matrix of Islam. The Islamic revelation presented itself as the expression of the essential message brought to humanity by the prophets of all ages. The Qur’an recognizes the validity of 120,000 prophets or messengers who have come to awaken us from our selfish egoism and remind us of our spiritual nature. The Qur’an confirmed the validity of past revelations, while asserting that the original message was often distorted over the course of time.

Sufism’s claim to universality is founded on the broad recognition that there is only one God, the God of all people and all true religions. Sufism understands itself to be the wisdom realized by the great prophets — explicitly including Jesus, Moses, David, Solomon, and Abraham, among others, and implicitly including other unnamed enlightened beings of every culture.

In the Western world today diverse groups exist under the name of Sufism. On the one hand there are those who would say that no true Sufism can exist without appreciation and practice of the principles of Islam. On the other hand some groups exist that more or less ignore the Islamic roots of Sufism and take their teaching from further downstream, from “Sufis” who may or may not have had contact with specifically Islamic teachings.

We could say that there are those who accept Sufism as both form and essence, and there are others who are Sufi in essence but not in form. In my opinion, an appreciation and understanding of the Qur’an, the sayings of Muhammad, and historical Sufism is invaluable to the wayfarer on the Sufi path.

Historically, Sufism was not conceived as separate from the essence of Islam. Its teachers all traced their enlightenment through a chain of transmission going back to Muhammad. While they may have disagreed with certain interpretations of Islam, they never questioned the essential validity of the Qur’anic revelation; nor were they fundamentalists in the sense of rigidly interpreting that revelation or discrediting other faiths. Most often they represented the highest achievements within Islamic culture and were a force of tolerance and moderation.

Over fourteen centuries the broad Sufi tradition has contributed a body of literature second to none on earth. Somehow the guiding principles of the Qur’an and the heroic virtue of Muhammad and his companions provided an impetus that allowed a spirituality of love and consciousness to flourish. Those who follow the Sufi path today are the inheritors of an immense treasure of wisdom literature.

Beginning from its roots at the time of Muhammad, Sufism has organically grown like a tree with many branches. The cause of the branching has usually been the appearance of an enlightened teacher whose methods and contributions to the teaching have been enough to initiate a new line of growth. These branches generally do not see each other as rivals. A Sufi, in some cases, may be initiated into more than one branch in order to receive the grace (baraka) and knowledge of particular order.

There is little cultishness in the work of Sufis. Sufis of one order may, for instance, visit the gatherings of another order. Even the charisma of a particular teacher is always viewed from the perspective that this gift is owed entirely to God. The charisma is valuable in so far as it may bind the hearts of students to a human being who is the truth of the teaching, but many safeguards exist to remind everyone that personality worship and inordinate pride in one’s affiliation are forms of idolatry, the greatest “sin.”

If Sufism recognizes one central truth, it is the unity of being, that we are not separate from the Divine. The unity of being is a truth which our age is in an excellent position to appreciate — emotionally, because of the shrinking of our world through communications and transportation, and intellectually, because of developments in modern physics. We are One: one people, one ecology, one universe, one being. If there is a single truth, worthy of the name, it is that we are all integral to the Truth, not separate. The realization of this truth has its effects on our sense of who we are, on our relationships to others and to all aspects of life. Sufism is about realizing the current of love that runs through human life, the unity behind forms.

If Sufism has a central method, it is the development of presence and love. Only presence can awaken us from our enslavement to the world and our own psychological processes. And only love, cosmic love, can comprehend the Divine. Love is the highest activation of intelligence, for without love nothing great would be accomplished, whether spiritually, artistically, socially, or scientifically.

Sufism is the attribute of those who love. The lover is someone who is purified by love, free of himself and his own qualities, and fully attentive to the Beloved. This is to say that the Sufi is not held in bondage by any quality of his own because he sees everything he is and has as belonging to the Source. Shebli said: “The Sufi sees nothing except God in the two worlds.”

We live in a culture that has been described as materialistic, alienating, neurotically individualistic, narcissistic, and yet ridden with anxiety, shame, and guilt. From the Sufi point of view humanity today is suffering under the greatest tyranny, the tyranny of the ego. We “worship” innumerable false idols, but all of them are forms of the ego.

There are so many ways for the human ego to usurp even the purest spiritual values. The true Sufi is the one who makes no claims to virtue or truth but who lives a life of presence and selfless love. More important than what we believe is how we live. If certain beliefs lead to exclusiveness, self-righteousness, fanaticism, it is the vanity of the “believer” that is the problem. If the remedy increases the sickness, an even more basic remedy is called for.

The idea of “presence with love” may be the most basic remedy for the prevailing materialism, selfishness, and unconsciousness of our age. In our obsession with our false selves, in turning our backs on God, we have also lost our essential Self, our own divine spark. In forgetting God, we have forgotten ourselves. Remembering god is the beginning of remembering ourselves. 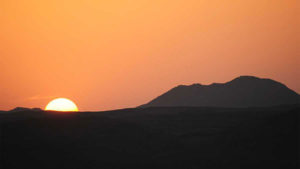 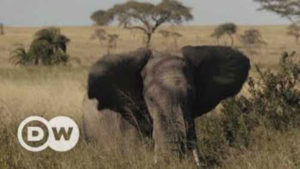 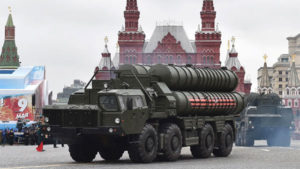 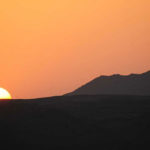 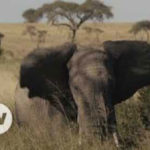 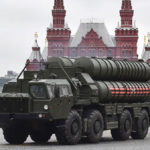 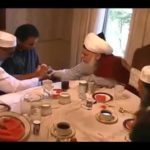 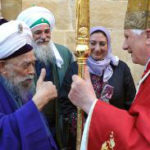 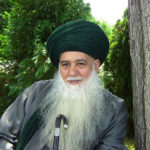 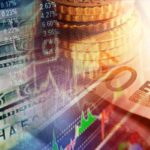